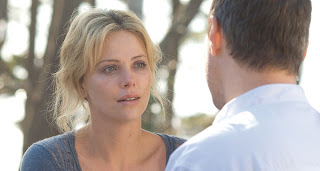 Screenwriter Guillermo Arriaga made headlines last year when he suggested that director Alejandro González Iñárritu, who has made three films from Arriaga’s scripts, was not the dominant talent behind their collaborations. This public airing of grievances inevitably led Arriaga strike out on his own, but his feature debut, the lamentable The Burning Plain suggests that the scriptwriter has wildly underestimated the contributions of his former collaborator.

Although the energy of Amores Perros drew me in, I was no great fan of the films based on Arriaga’s other screenplays (these include 21 Grams, Babel, and Tommy Lee Jones’ The Three Burials of Melquiades Estrada). Each of them used an achronological narrative structure that was designed to bestow cosmic importance on a melodramatic scenario, but only yielded self-importance. The Burning Plain, which uses a similar gotcha setup, is as overinflated as anything Arriaga has penned, and suffers even more from its storytelling deficits since it lacks the visual strength and solid ensemble acting that defined González Iñárritu’s work. Arriaga, rather than proving he was the reason for his previous success, reveals himself to be an inadequate stylist and a helmer who can’t capitalize on the talents of the actors that he employs.

Despite the presence of talented collaborators such as cinematographer Robert Elswit and Hans Zimmer, who provides the film’s distractingly bad score, Arriaga can’t capitalize on the script that he’s written. Concerning two romances involving Caucasian women and the Mexicans that save them from their ineffectual white mates, the film is too bloated to connect with the heart. The Burning Plain’s grandiose plot begs for melodramatic exaggeration, but Arriaga attempts to ground his story with naturalism. Since that reality is predicated on scenes that see actresses like Kim Basinger going to K-Mart or Charlize Theron punishing herself for her sexual transgressions by scarring her leg with a rock, it’s difficult to buy in, however.

The Burning Plain is completely unaware of how overcooked it is. It moves so predictably that its attempts to shock us with its chronological tricks feel pathetic. The film might have worked to some degree if the cast was able to transcend the script that they’ve been given, but all of the performances here are surprisingly awful. Perhaps no one can do anything with a line like “I can’t get rid of the smell of the burning! I can’t get rid of it!”, but none of the thespians do Arriaga’s purple prose any great favors. When it’s all said and done, The Burning Plain is less than meets the eye. Its structural convulsions actively detract from a contrived story that would have probably been better left untold, regardless of director.